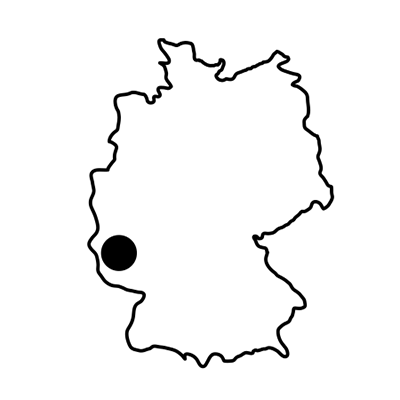 In the highest village in the wine region of Cahors, Trespoux-Rassiels, located some 350 metres above sea level, we find the winery Mas del Périé. This domaine has been in family hands for 5 generations. Today it is under the care of Fabien Jouves. Fabien, in his mid 30’s, is spearheading the wines of Cahors and as such he is often referred to as the future of Cahors. The young grower and winemaker keeps one foot in the legacy and pride Cahors wines holds and the other in the future – creating brighter, fresher, more elegant wines. All in tune with nature.

Mas del Périé and its 20 hectares of vines has since Fabien Jouves overtaking in 2006 come to be farmed organic and biodynamic. They hold the Demeter, Biodyvin, Ecocert and AB certification. All labour is done manually. Malbec is the most planted variety, but Tannat, Merlot, Cabernet Franc, Jurançon Noir, Chenin Blanc, Marsanne, Rousanne, Petit and Gros Manseng are also cultivated. The 20 hectares are spread out on a number of parcels grown in the two terroir that can be found in Cahors: 1) The terraces closer to the river Lot and on the Causse-plateau. These in their turn are comprised of four different kinds of soils, four different kinds of basic limestone-based soils from different pre-historic time periods and in different compositions.

Wine making occurs without intervention. This means that harvest is done manually bringing in whole bunches of grapes in small crates to the winery. In the winery no oenological products are used whatsoever. No added yeast, no enzymes, no yeast nutrition, etc. Wines are bottled with no to low levels of SO2 , total is maximum 30 mg/litre.

One should remember that Cahors wine in the middle ages was some of the most popular and sought after, being drunk by the Pope, kings, queens, emperors and empresses. Its popularity seeing decline merely due to opportunistic Bordeaux wine merchants. Cahors was once being famed for its rusticity, power and dark side. Something the AOC has tried to put into marketing with slogans such as “Cahors is back, Cahors is black”. Even though Fabien Jouves wines shimmer of provenance they are not only black. The reds are wines that scream of Malbec but put in a lighter suit. They are fragrant, delicate, elegant, balanced, bright, fresh and utterly delicious. The wines of Mas del Périé are rewriting the image and history of Cahors as we know it. Black is back!